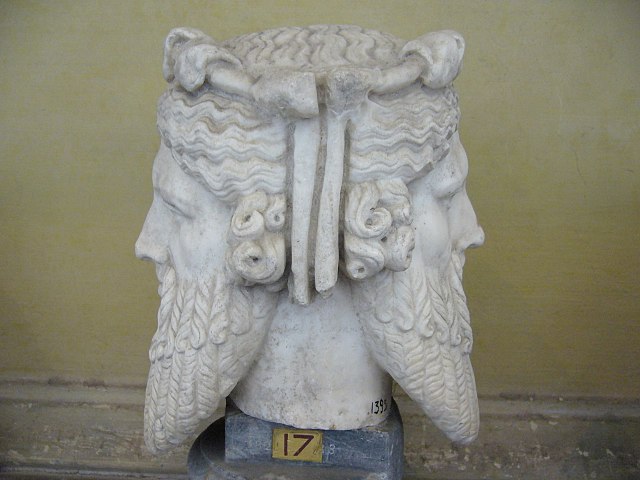 “Fall in love with the problem. Not your solution.” – Everybody

Janus is a roman god of beginnings and transitions, gates and doors and he has two faces, each looking in opposite directions. The month of January gets its name from him [1]. Incidentally, two-face is a fictional character in Batman DC Comics and famously portrayed by Aaron Eckhart in Christopher Nolan’s legendary movie – “The Dark Knight”.

At times, as an entrepreneur, you have to be a two-face. But Why?

Right from the moment you had your eureka moment, quit your job and started working on your idea, you spend almost all the living time on earth to manifest a product out of thin air. You fight against naysayers, overcome false starts, confront fear and uncertainty. The idea becomes the very extension of yourself. This romantic fixation on your idea is well founded and quite common.

Sometimes your solution will not get anticipated traction from users. They will not come back and use your product day in and day out, like you wanted them to. They might be flocking another product of your competitor. You will most likely end up saying “My product is so cool. They are not getting it. If only they could” (But 99 out of 100 times, your users will be spot on).

But this conundrum is what psychologists call as “Confirmation Bias”. Much has been written on this topic since the time of Thucydides [circa 460BC – 395BC], a Greek historian in the book “The Peloponnesian War” [2]. Confirmation bias is a tendency of people to actively look for and interpret information that confirms to their current pre-conceptions thereby ignoring and diminishing the importance of alternate viewpoints. It will act as an anchor and stop you from moving forward.

People are not using your product because of 124 other reasons such as your product does not solve their problem, it is too difficult to use it, and someone else does it better. It is wrong and outright irrational to expect people to use your product just because you think it is awesome.

Instead, travel back to reality and start being critical of your product. At least, nobody plays dice there. It is very important to be totally in love with your product and be receptive to perspective of your users.

Once in a month, take a weekend off. Go to your bolt-hole. Forget the fact that you came up with the idea and built this product. Be an outsider. Presume that you are a customer using the product and you have no connection – personal, financial – whatsoever. Start asking some serious questions such as a) Does the product solve problem in the right way? b) Does it suck? c) Could it be better? d) How to get more customers onboard? So on and so forth. This will help you to understand things from the user’s vantage point and thereby avoiding confirmation bias.

Warrant Buffett, the Oracle of Omaha, is considered to be the most successful investor of all time and he is CEO and largest shareholder of Berkshire Hathaway. His annual letter to shareholders is widely read and quoted across different medium. Berkshire Hathaway has been averaging a compounded annual growth in book value of 19.7% since 1965.

Every year, on the first Saturday of May, Berkshire Hathaway conducts an annual shareholders meeting in Omaha which is attended by atleast 20,000 people comprising of mainly shareholders and journalists. It is dubbed as “Berkshire Weekend”, “Woodstock of Capitalism” and is famously known for ‘Warren and Charlie Show’, a 5 hour marathon session, where shareholders and journalists can ask questions to Warren Buffett and his partner, Charlie Munger. This is not an orchestrated Q&A. Buffett and Munger do not have a clue about the questions that are to be asked.

Buffett did not invite “a credentialed bear’ just to spice things up and to enter into an argument just as to ascertain that he is the best in business and indeed, there are no flaws in his investment strategies. He invited Douglas Kass to listen and to understand the reasoning on why he is shorting Berkshire Hathaway. He wanted to listen to people who contradict his viewpoints so as to avoid confirmation bias. It is to create an alter-ego. A Two-Face.