Just like there is no process to fall in love and find your soul mate in real life, there is no shortcut to find your co-founder in the startup ecosystem. You may bang into them anywhere – they need not be your immediate family members or friends – because that would be like an arranged marriage right?

So there is this 20 something chap who decides to take the AIESEC internship to Egypt, who would have never thought that he would come back with a business idea and a co-founder, a friend he had made on that trip abroad. Meet Hitesh Kenjale and Lakshya Arora. 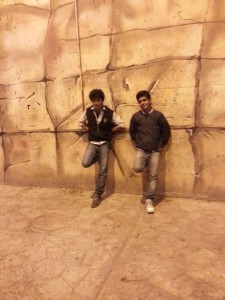 Hitesh and Lakshya never wanted to take up a job post graduation. Did I mention that they were still students? Obvious, isn’t it? And then they did not want to be regular main stream entrepreneurs. They decided to take the road less travelled – social entrepreneurship. And smartly so, given they now have a foothold on the business and their parents do not grumble about taking up a ‘proper’ job; the duo have been making their making their family and friends proud since then.

Hitesh is based out of Mumbai and Lakshya is based out of Chandigarh and their production unit is in a remote village in Karnataka but just as like we have a long distance relationship, these folks managed to run the business across three cities. When there is passion and commitment, distance is just a number. And the metro, semi-urban and rural mix of cities and experience became like a perfect match for their venture.

So we asked Lakshya, how are you different from other Indi stores?

The zest to do something different and leave an impact on the society gave birth to Desi Hangover. It’s not just another eCommerce startup trying to sell local Indian handicrafts.

Wait till you finish reading this article. I am in love with the name but that’s slightly irrelevant here. 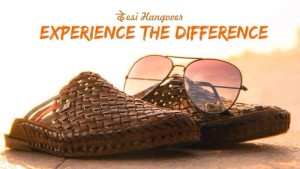 We asked them what they wish to do at DH?

“Desi Hangover is a company that takes you back to your roots, we have all been so heavily influenced by colonialism we forget the importance of our heritage. Desi Hangover products are all authentic hand made traditional footwear and other leather goods. Desi Hangover’s aim is to help revive the slowing traditional artisan goods market. The goal is to expose as many people locally to the products as well as internationally. This initiative is also multidimensional; not only will we be helping improve the craftsmen’s wages and improve their status in society but eventually with the profits we plan on developing an educational program for their children. Every child should have access to education; we believe that no child should be forced to work. Through this initiative Desi Hangover hopes to improve every aspect of the Indian community. DH will help bring awareness to India’s rich history as well as sustainably helping develop the next generation, who are the future of our country.

This is what DH is all about.

When we asked Hitesh, what he thinks about DH, here is what he had to say, “Desi Hangover is the hope ahead for these artisans and promises them an overall development of the village with the platform we provide. The profits generated by DH are ploughed back into the same village making it a 360 degree approach to business.” Rehearsed it well? But its not just about talks, they have been doing a lot of stuff at the ground level.

Here is a small glimpse into their world.

Started in 2013, they currently have several artisan families on board and several thousands of happy customers round the globe – yes they have an international footprint, giving Indian artisans a global footprint. 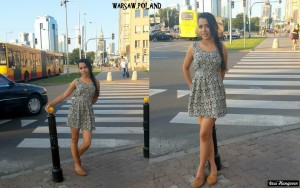 What is your take on starting up in India?

Just like any other startup, we have had our initial hiccups. Being engineering students, we have no clue about legal structures, taxes payable and handling of finances (We still do not). But we do not want to complain about how difficult it is to run a business in India, because these are small obstacles in our long journey.

How did you get your first customer?

Hitesh says that getting the initial customers was difficult given the fact that people have to be explained how the footwear is actually made and why is it priced so high. But after the first few customers, there has been no looking back with demand coming in across all the continents.

They participate in various events across the country such as Bangalore Sunday Soul Sante with the intention of reaching out to maximum people. I am waiting for mine yet 😉 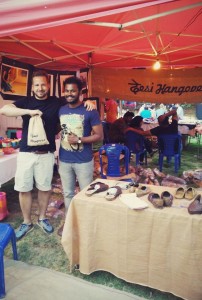 Hitesh still refuses to tell me how much cash he draws as the CEO but we know that a lot of the funds are definitely diverted to several good causes such as ‘Adopt a school’. 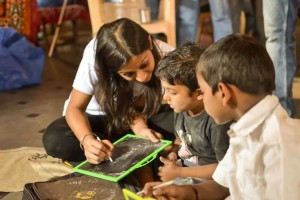 Gradually, they expanded their core team by looping in Omkar and Abha and they have been upto some serious stuff in the recent past. They aptly fall within the mission of ‘Make in India’. 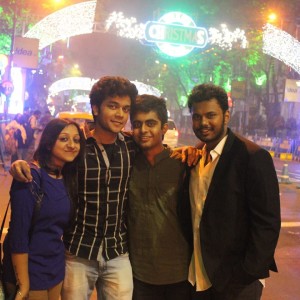 Have been asking him to recruit me since almost a year now, but he thinks I am under qualified. *sigh* 😛

So Alok asked in the comments on how these people are able to manage the funds for their social venture.

They have been operational for 2.5 years now and are BOOTSTRAPPED apart from a recent successfull crowdfunding campaign.

The team has avoided incurring any spiraling costs:

The team has limited their scope of work and focus to only footwear. They could have opted to introduce belts and wallets and the likes but have currently consciously opted out of the same and concentrate on offering varieties of footwear launching a new design every few months.

They have been profitable from the first footwear sold and maintain a Fund to which a certain proceed is contributed from each footwear which goes on to fund the education of the children of the artisans who help them build DesiHangover.

Today, they have more than enough revenues to support the artisans, the school and themselves.

The team has helped rebuild the life of these artisans who had been lost in some remote villages and their talent fading away.